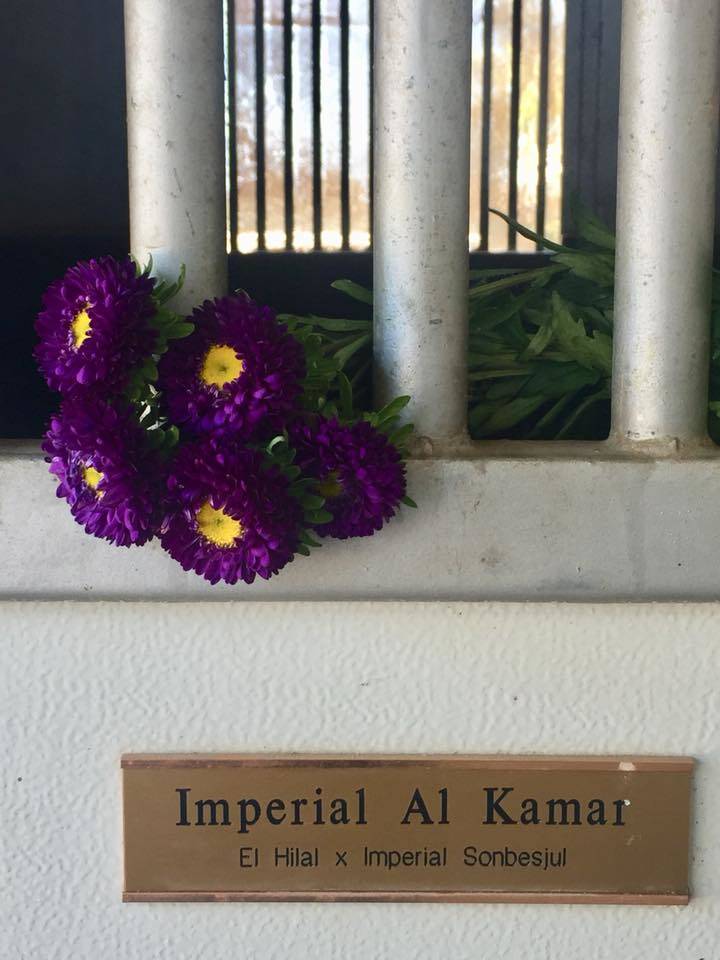 I was with Jody Cruz and Al Kamar when he passed away. We went to visit him right before we retired for the night. Kamar was standing, tired but relaxed, when Jody walked over to him and starting stroking him on the neck. Al Kamar leaned over to him and placed his head against Jody's chest, which is how he remained until we left, confident that he would make it through the night. It was so evident to me that the bond that Jody and Kamar shared was one in a million, and I felt so blessed to have been a part of those last moments with the two.

The next day, Jody and I watched all of the Al Kamar daughters and sons prance around in the arena, and I began to reminisce. You see, over 31 years ago, I assisted in foaling this great stallion out at Imperial Egyptian Stud. He was without a doubt one of the greatest horses that I was blessed to have ever known. So much can and will be written about this special horse that contributed to so many breeding programs throughout the world. But for me, when Jody's arms were wrapped around Kamar's head holding him close... that was what mattered most. It was an honor to be there at the end of his great life, just as it was at his first breath.